17th May in Marketing 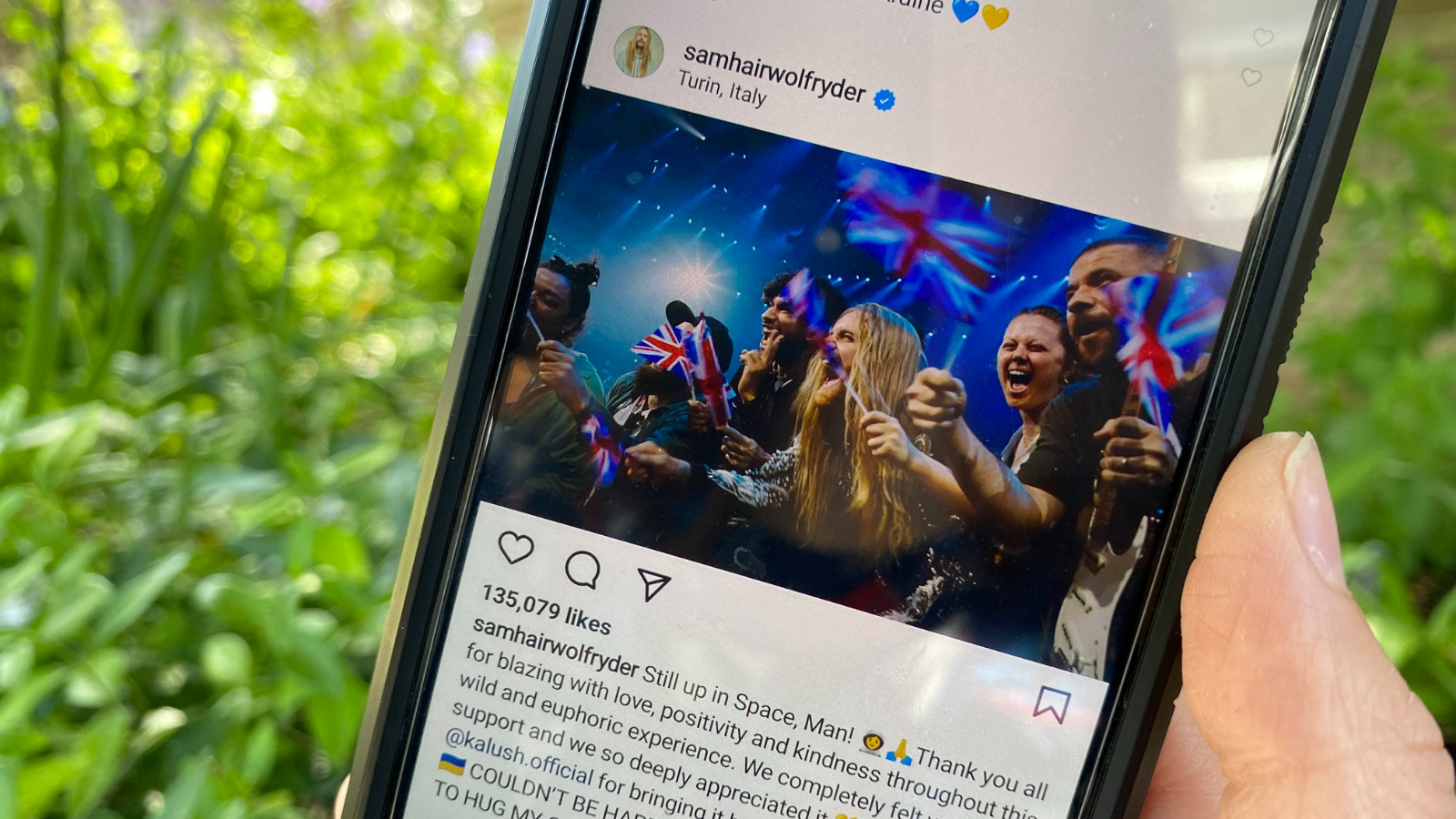 On Saturday night, the nation’s collective jaw dropped as the United Kingdom came second in the 66th annual Eurovision Song Contest. Forgive us while we stop and pinch ourselves, because yes, it really happened. Disbelief and euphoria were trending in equal measure over the weekend, because we haven’t reached the dizzying heights of second place since Imaani Saleem performed ‘Where Are You?’ back in 1998.

So, just how did the United Kingdom go from the disastrous position of coming last with no points to earning a well-deserved second place behind the Ukraine in just one year? The answer is simple: Sam Ryder. And we could all learn a thing or two from him about authenticity and joy.

Possibly the most joyous man in the world of Eurovision, Sam beamed from ear to ear as it was announced his entry ‘Spaceman’ had earned an incredible 466 points. After an extraordinary powerhouse performance, Sam exclaimed, “shine brightly, my friends”’ to an adoring crowd. What a sentiment to choose to convey in that moment: he chose not to bask in his own glory but rather to enjoy the collective glow from the stars he sat among in what will undoubtedly be one of the highlights of his career.

One thing is clear, Sam’s star has done nothing but shine brilliantly across Europe since he first emerged on social media and began his campaign to the Eurovision stage. And if anyone needed any further reason to fall in love with his attitude, his inspirational speech as the points were read out provided the tipping point.

“It’s a competition where everyone is welcome,” he said, positively radiating with excitement. “Everyone was a credit to themselves and [to] everything Eurovision is about: unity, peace, love, togetherness, inclusivity and expression.”

What struck a chord with the nation while listening to this was Sam’s sense of joyful gratitude and good grace. You get the sense he’d have been having just as good a time if we had continued our tradition of ‘nul points’. Jumping around the stage in his own personal solar system, wearing a custom-made jumpsuit with beautiful hand-stitched pearls, Sam was just being his authentic self. This is a phrase that gets bandied around all too frequently nowadays, but in Sam’s case, it was true. He is just an ordinary guy who loves music and wants to entertain people. Maybe this is the key to why he has organically generated an incredible 12.8 million followers, and counting, on TikTok. The types of engagement figures many brands and marketers would kill to amass in such a short space of time.

Sam was a struggling musician working as a laborer with no social media or marketing experience three years ago. He used Tik Tok as a fun way to upload covers of pop hits and quickly gained millions of views.

In the crowded world of social media, Sam has managed to successfully navigate the noise and stand out from the crowd. It is perhaps easy to capture someone’s interest with a great voice, but to hold people’s attention enough to want to continue to engage with your content is no small feat.

Not only did he gain a massive following on the platform, but he also caught the attention of Ed Millett and Ben Mawson of TaP Music, who were desperate to change Europe’s perception of the United Kingdom at Eurovision and prevent further humiliation. They had seen the huge success of Italian winners Måneskin, who have become a household name and toured with the likes of the Rolling Stones since winning last year, and wanted someone to represent the UK with a chance to do the same.

Sam was the perfect candidate, and he ticked two significant boxes. First, they wanted to show Eurovision that the United Kingdom can produce catchy music with powerful vocals. Tick. Second, they wanted a genuinely warm and likeable artist who would take the competition seriously and embrace all it had to offer. Tick. In short, yes his ability got him the opportunity, and his foot in the door. But it was his attitude that secured him a place at the table. And it is his attitude that will see him go down in history as one of the Eurovision greats.

Huge love to Kalush Orchestra for bringing it home for glorious Ukraine!!! 🇺🇦
COULDN’T BE HAPPIER RIGHT NOW AND I CAN’T WAIT TO HUG MY GRANDAD!!! 🇬🇧🌞

In an increasingly fractured world, Sam has hit on the fact that love, gratitude and unity always win the day. Just by waking up each morning in a state of pure gratitude, anything is attainable. It is a powerful lesson in how it is possible to build a successful brand identity by remaining true to yourself. Sam shows all marketers that it is vital to retain a sense of ingenuity and truth in everything you do.

Published on 17th May